Cycleway promotion plan a cut above 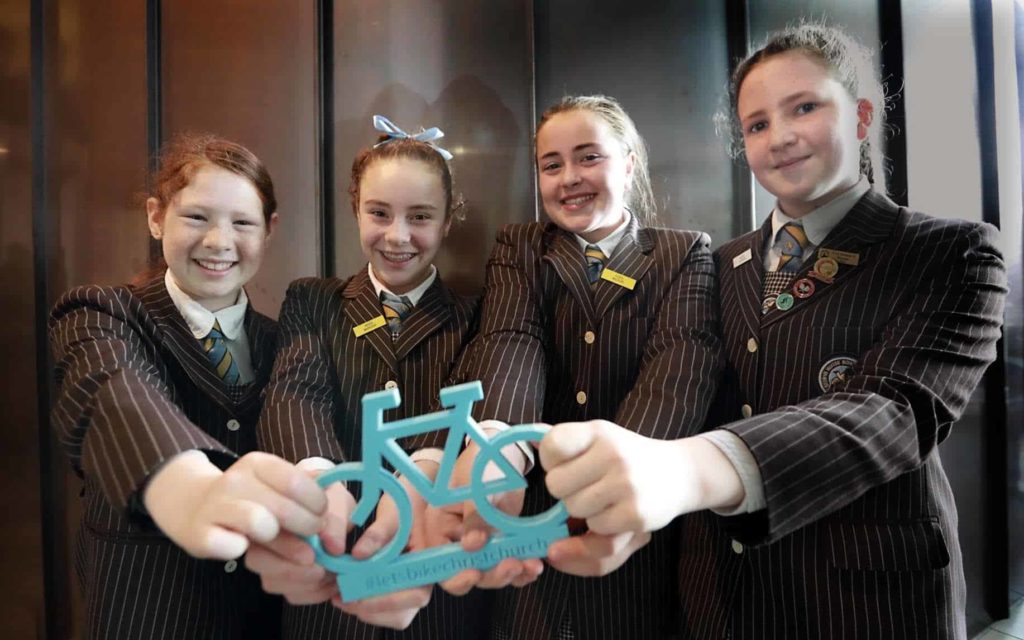 Cycleway promotion plan a cut above

A group of Christchurch primary school students have thought up a novel way of promoting the city’s new cycleways.

As part of a class project on community problem solving a group of Year 7 and 8 students from Selwyn House have come up with the idea of using their school’s laser cutter and 3-D printer to create bike cut-outs that can be decorated and then hidden in places along the new cycle routes.

They have drawn inspiration from the popularity of Pokemon Go and a public art project staged in Christchurch in 2014 in which 99 giraffe sculptures 2.5 metres tall were dotted around the city to lift residents’ spirits and make people smile.

The Selwyn House students hope their decorated bike cut-outs will prove just as popular with families and encourage them to get out on the cycleways in the weekends and evenings to hunt them down.

“This could get families and kids off their couches and onto the cycleways,’’ 11-year-old Alice Hunter told the Christchurch City Council’s Infrastructure, Transport and Environment (ITE) Committee this morning.

Alice’s classmate Reed McHugh, 11, told the Committee they hoped to involve other schools in the project by inviting them to decorate the cut-outs.

“Safety will be a major factor in choosing where these bikes are placed because we don’t want to cause crashes or traffic jams,’’ she said.

Twelve-year-old Cleo McLeod outlined to the Committee how social media could be used to promote the bike hunt and the city’s cycleways.

“The project could tie in with social media to get more people involved. We like the hashtag #letsbikeChristchurch. The hashtag could be imprinted on the bikes. Once people find a bike they can take a picture next to it and post it on social media using the hashtag,’’ Cleo said.

“A website could be created that pulls all the hashtag posts from Instagram, Twitter and Facebook. It could also have a downloadable and printable map of the bikes’ locations. Our research shows the domain name Lets Bike Christchurch is available and would cost $27 for a year.’’

“We think biking is fun because it makes you fit and active,” added 11-year-old Sophie Hodgson. “It’s good for the city because it doesn’t create pollution and it decreases traffic. We want the new cycle lanes to be used by Christchurch and this could be a fun and effective way to do it.’’

The girls’ ideas were enthusiastically received by the Committee.

“The Committee is very impressed and excited by this idea and we will use the appropriate channels to pick this us,’’ said Committee Chair Cr Pauline Cotter.

Selwyn House School is proud of the nine girls from CmPS which worked on this project. Phoebe Donald, Bonnie Smith, Kate Gourley, Lucy Maynard and Miya Hartstonge were unable to attend the Council presentation.