Christchurch school at forefront of IT learning curve 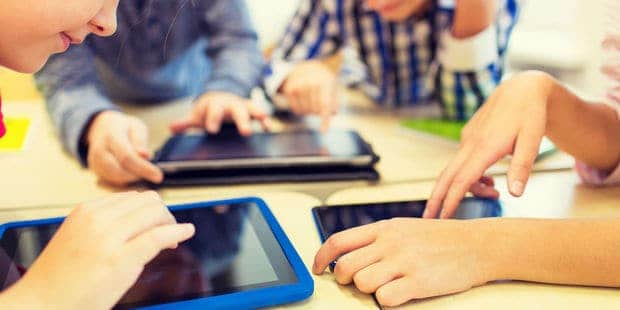 Christchurch school at forefront of IT learning curve

A Christchurch school believes it could have the next Mark Zuckerberg in their midst.

From next year, all Selwyn House School pupils from the pre-school to Year 8 will be taught mechatronics.

The discipline brings together science, technology, engineering, mathematics and a bit of art to teach pupils the basics of how robotic devices operate.

Zuckerberg invented Facebook in 2004 from his dormitory at Harvard University in the United States.

Year 7 pupil Emma Cawood has really taken to the programming and said it is a huge opportunity for her.

“It allows me to be creative because there is really no limit to what we can do. It has helped me with more knowledge in math and is really fun,” she said.

Robotic and coding teacher Liz Fairhall said there is a massive need for women in information technology and this would provide a great pathway.

“It really is going to push these girls into seeing that IT is an option as a career for them,” she said.

“Pupils are so lucky today with the technologies available to them and we want them to be given the opportunity to make the most of it,” she said.

The goal of the programme is to teach the students a gradual progression of skills during their time at school until they have enough knowledge to build from scratch their own gadget in Year 8.

Mechatronics teacher Simon Christie said it will answer the question commonly asked by pupils – why do I need to know this?

“Allowing pupils to put together a project using math, science and engineering shows them why they have spent time learning about those subjects,” he said.

They will be setup in a technology hub, known as ‘The Boiler House,’ which comes complete with 3D printers, Lego robot kits, Apple TVs, workshop tools and other resources that facilitate a constructionist teaching philosophy.

Constructionism is an increasingly popular educational theory where students learn through a project they are building. The girls’ school has a reputation for innovation and future-focused education, which has seen it win regional, national and international accolades in Cantamaths, Robocup and Future Problem Solving, respectively.