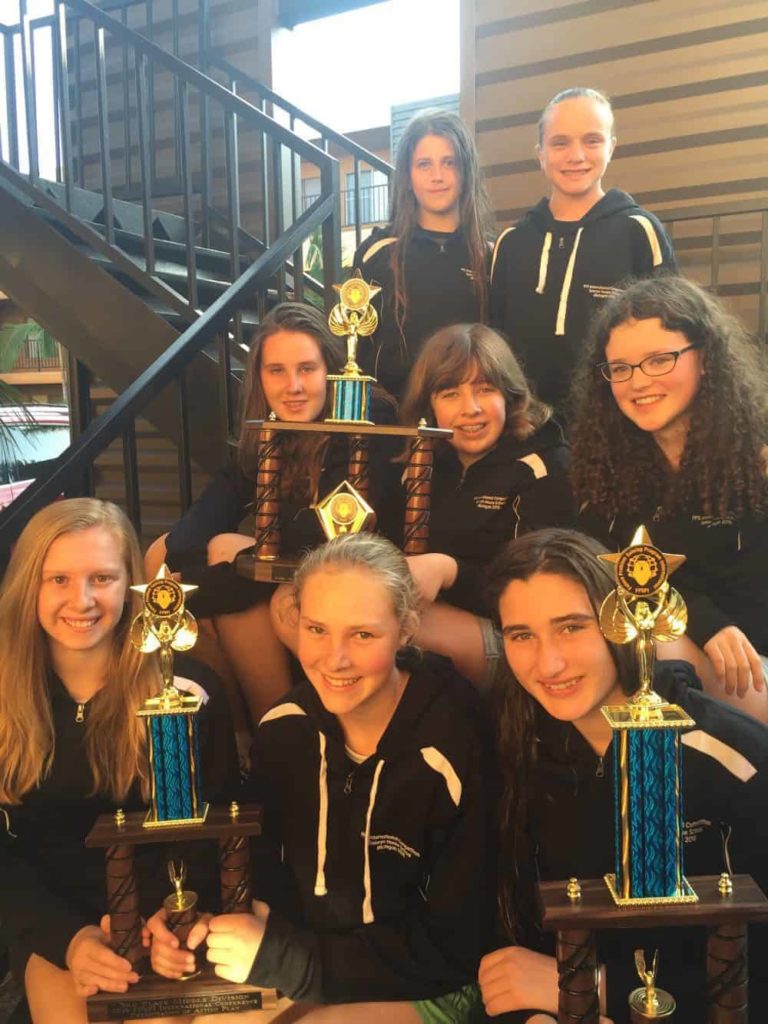 In the first week of June, two Selwyn House school teams travelled to Michigan State University, USA to compete at the Future Problem Solving International Conference.
The eight girls competed in two teams in the Global Issues Problem Solving, Middle Division. This involved in-depth research into the topic prior to travel (‘Energy of the Future’), they then went into a lock-up situation at the university and had to identify potential problems in the futuristic scenario presented. They worked on identifying criteria, creative solutions and constructing an action plan–all of which had to be brainstormed and written up within a 2-hour lock-up time-frame!
There were 70 teams in Middle Division from all around the world and the division ranges in age from 13 to 15 years old, so the girls were amongst the youngest competitors.In the ‘Presentation of Action Plan’ part of the competition, which involves a dramatic presentation of part of their solution, one team placed second in the world while the other team placed third.
In the overall Global Issues Problem Solving booklet competition, one Selwyn team placed fifth in the world. An outstanding effort.